Location 60 miles south of Marfa, the "Art Hub" of West Texas, and just north of Big Bend Ranch State Park where the east branch of Casa Piedra Road dead ends into a cul-de-sac of heritage ranches, lies Bandera Mesa. This geologic landform, where Bandera Ranch gets its name, is rich in native grass, canyons, rims, cliffs, and wildlife. The ranch was acquired by the Bennett Family in 1916, when Pearl Andrew Jackson traded forty teams of mules and Fresnos and a year of his life to go into Mexico with “Papa” Tom Rawls’ son, Jack, to build the roadbed for the Chihuahua Pacific Railroad. Since that time, over 104 years, Bandera Ranch has been a model of range and wildlife management. Acreage 14,502± acres in Presidio County Description Bandera Ranch is comprised of 14,502± acres of some of the most well cared for acreage in Far West Texas. Sweeping vistas, plateaus, mountains and canyons, abundant grass and water, this ranch has it all. Decades of range management improvements and working closely within a variety of NRCS programs such as spike treatments and water development has produced the most impressive ranch south of Marfa. The ranch encompasses most of Bandera Mesa, with its eastern facing rim cut by several drainages such as Wilson Canyon and Alamo de Cesario Canyon, creating some of the most scenic natural habitats in West Texas. Smugglers Gap, a natural passage from the desert floor below, is located on the ranch where during prohibition Sotol and Tequila secretly made it from the Rio Grande to Marfa. Dramatic views from the ranch include the Chisos, Agua Fria, Nine Point Mesa, Bofecillos, Solitario Flat Irons, and Sierra Rico Mountains in Mexico. Habitat The landscape is rolling hills, mesas, canyons, grasslands, and scrublands surrounded by rugged mountain ranges which can be seen from most places on the property. Classic “Cattle County” of the Old West, the Bandera Ranch has maintained much of the environment and appearance of times past. This vast area lies in an elevation range between 4,000 feet to 5,188 feet up on Tascotal Mesa, allowing for a mix of vegetation from the mid- to upper-Chihuahuan Desert such as Spanish dagger, yucca, mesquite, creosote, catclaw, four-wing saltbush, and cholla with a mix of blue grama, black grama, bear grass, plains bristlegrass, green sprangletop, bush muhly, numerous three awn grass, sideoats grama with scattered brush. Canyons and creeks have heavier brush like mesquite, desert willow, soap berry, buckeye, white brush, hackberry, juniper and oaks. The rangeland is excellent to sup Wildlife Although there is a wide variety of wildlife species on Bandera Ranch, the Desert Mule Deer size and populations are second to none. Water distribution and habitat congregate Mule Deer during the hunting season and this ranch has been carefully managed within a MLD program where several deer scoring over 190 have been harvested. Additionally, this is Aoudad country with the variety of bluffs and cliffs providing essential escape habitat. Harvesting 33-36 inch Aoudad is common at Bandera Ranch. Blue quail are dispersed throughout the ranch and there is also great dove hunting at the water tanks. Cotton seed and other protein feed are made available to the wildlife as well as salt and custom minerals. Bandera Ranch is also home to many species of birds, raptors, and songbirds. The brush, trees, grasses, and forbs provide excellent habitat for these game and non-game animals. This is Chihuahuan Desert hunting land at its best and a nature lover’s dream. Improvements The headquarters house has three bedrooms containing 13 beds, three bathrooms, and a large, vaulted ceiling living/kitchen area. A wide porch on three sides of the lodge allows guests to enjoy the panoramic views as well as the “magic moment,” when the sun sets into the palisades! A 25 x 50-foot metal workshop with attached shipping pens completes the headquarters complex. There are numerous building sites all around the ranch with electricity and water just waiting for the next owners’ personal custom lodge! County Road 9, commonly called Casa Piedra Road (East Fork), cuts across the west end of the ranch which is maintained by the County. This road only serves three other landowners and dead ends into the State Park which creates a private neighborhood. There is an excellent road system throughout the ranch, much of which is groomed with a maintainer for easy access for hunting, ranching or just enjoying the amazing views. There is also a dirt airstrip at the HQ that once cleared could be put back into operation. Water Bandera Ranch, starting in 1998, went through a transformation with an entirely new water system. Thirty-one miles of a poly pipe network, tied into a series of 7 wells, provides in excess of 200,000 gallons of storage for clear clean abundant wildlife and livestock water to 31 drinking troughs. This system pushes with pumps to elevated storage and using valves and pipeline gravity to additional storage and troughs throughout the ranch. This water operation has redundant systems that creates a great deal of flexibility, and the owner has developed a design manual for the next owner. There are also several water tanks that get filled with summer rains providing additional waters throughout the ranch. 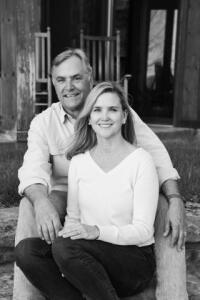