Big Red Farms is an opportunity for a lifetime! This highly productive farm spans 10,497+/- within 6 Nebraska counties. With an abundance of water, this cropland is highly productive and sought after in this market. The farm is currently leased to 14 different tenants and encompasses some of the best irrigated and non-irrigated farms and water in Western Nebraska. Land Big Red Farms is a rare opportunity that consists of 10,497 +/- acres of deeded land and an abundance of WATER. This highly productive farm boosts 15,600 + Acre Feet of Surface Water and its well water to provide an average of approximately 2.9 Acre Feet of water across the entire farm. This water is utilized by 38 center pivots and thousands of feet of flood irrigation. Primarily located in Scotts Bluff County, additional tracts are located in the surrounding Morrell, Banner, Kimball, and Sioux Counties. These parcels are tucked along the fertile soil of the North Platte River basin with excellent and easy access to grain markets. Big Red Farms is also rich in history, nestled along the WildCat hills near Scottsbluff, Nebraska. These farms are located along the Oregon Trail and were a popular resting spot for weary travelers. These lands are historic and carry with them the western spirit of the American Pioneer. Improvements This farm has been meticulously cared for and has many new pumps, pivot systems, and 11 residential homes, barns, and grain storage.  Thirty-eight Center Pivots are utilized on Big Red Farms, the largest being a 14 tower with a swing arm. Twenty-three of the thirty-eight pivots are under warranty, and electric pumps power all. Agriculture Currently leased for agricultural production, Big Red Farms are comprised of grassland and cropland, now planted in corn, wheat, and alfalfa. Region & Climate Located in a topographical area with only modest variations in elevation, this area has an average elevation above sea level of 4,000 feet. The area within 10 miles is mostly cropland (65%) and grassland (31%), and within 50 miles by grassland (76%) and cropland (23%). The summers are hot and mostly clear, and the winters can be cold, snowy, windy, and partly cloudy. Over a year, the temperature typically varies from 15°F to 90°F and is rarely below -2°F or above 99°F. Location Most of the Big Red Farm parcels are located near and around Scottsbluff, Nebraska.  Located in the Great Plains region of the United States, Scottsbluff is home to approximately 15,000 residents. The Tri-City area of Scottsbluff, Gering, and  Terrytown share a total population of 24,000 and are considered the retail hub of western Nebraska and Eastern Wyoming, offering shopping, dining & lodging. Scottsbluff is also home to a premier regional hospital, community college, and career education center. The local airport provides flights to Denver International Airport. 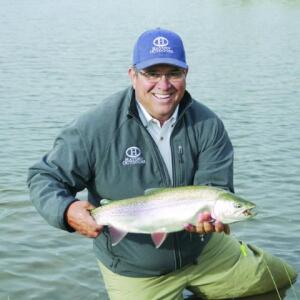