- Approximately 5,100 deeded acres and over 200,000 acres of BLM and state leased land in one contiguous package - Just under 8 miles of outstanding fishing for brown, rainbow, and cutthroat trout to 20+ inches in Fontenelle Creek - Historically running approximately 600 cows year-round with 700 irrigated acres along Fontenelle Creek - Abundant wildlife including mule deer, antelope, elk, and moose - Modest but functional ranch improvements including owner’s residence, guest/employee housing, barn, shop, cattle handling facilities, and outbuildings - 30 minutes from Kemmerer and two hours from Jackson, Wyoming When fur trapper Lucien Fontenelle wandered up the southwestern Wyoming creek that would soon bear his name in 1828, he was seeking his treasure in the pelts of beaver. Legendary mountain man Jim Bridger trapped here as well, and within a few years, the famed Oregon Trail passed through, taking settlers to the promised land of Oregon Territory. Today, almost two centuries later, the Harrower Ranch on Fontenelle Creek offers treasures of a different variety: 8 meandering miles of trophy trout water, and amazingly productive hay meadows that support a classic cattle operation of 600 cows. Whether your passion is saddling up to follow the herd, scouting a hidden valley for a trophy pronghorn or casting a hopper to a rising brown trout, Harrower Ranch is sure to satisfy your itch to immerse yourself the finest of the West. Harrower Ranch is located on the west side of Fontenelle Reservoir in southwest Wyoming, and includes approximately 5,100 deeded acres of land and over 200,000 acres of leased BLM and state lands in one sprawling package. The heart of the ranch is a long stretch of meadows along Fontenelle Creek, at about 6800 feet, which includes around 700 irrigated acres that grows high with hay each summer. Fontenelle Creek itself is a treasure of a trout stream that is virtually undiscovered. On the ranch, it is a medium sized stream that meanders through grass and willows for nearly 8 stream miles. Undercut banks galore and overhanging willows provide cover for brown, rainbow, cutthroat trout, and mountain whitefish that all grow as fat as the Angus cattle on the ranch. With plenty of casting room, the creek is a joy for countless days of fishing for trout that reach 20 inches or more. In addition, spawning browns run up the creek from Fontenelle Reservoir in the fall, affording opportunities to catch fish that weigh 10 pounds-plus. Fontenelle Creek is an oasis for big game in this arid part of Wyoming as well. Year-round, pronghorn, mule deer, elk, and moose can be found wandering through the ranch and on adjacent BLM lands. Hunting opportunities abound, with enough room to never feel crowded. As a true “cowboy outfit,” Harrower Ranch maintains a long tradition as a cattle ranch. With a total of over 200,000 leased and deeded acres, the natural and irrigated grasslands have historically supported up to 600 Black Angus cows, bulls and horses. With some supplemental hay, these animals can be maintained on the ranch year-round. From May 1 through November, the cows are rotated through the parcels within the grazing allotment. Ranch improvements include the owner’s residence with views of the creek and valley, a nearby manager’s and hired-hands house, and Sears Roebuck house and barn built in 1920 that could be fixed up and used again in ranch operations. A horse barn includes indoor stalls and a large round pen for maintaining the herd that keeps the ranch functional. Also included at the headquarters are shops and sheds and livestock stalls essential for the cattle operation. Western Wyoming beyond the borders of the ranch is overflowing with recreational opportunities. Near at hand is the large Fontenelle Reservoir, with over 50 miles of shoreline. Year-round fishing for browns, rainbows, and cutthroat is popular on the reservoir, along with a population of kokanee salmon. In addition, the Green River flows out of the reservoir in one of the West’s least-known tailwaters through Seedskadee National Wildlife Refuge. Float fishing can produce a trout of a lifetime here. Birding is also excellent at Seedskadee, with waterfowl being particularly abundant. Horseback riding and four-wheeling opportunities are almost endless in the public lands of southwest Wyoming, and fossil hunting is world-renowned, just down the road near Kemmerer. Snowmobiling and snowshoeing can be found in the Wyoming Range to the west in the winter months, and the mega-resort of Jackson, with downhill skiing, is less than two hours away. The solitude of Harrower Ranch is one of its assets, but Highway 189 runs near the ranch and connects it with Kemmerer, less than an hour away. Kemmerer is a midsize town of 2700 persons, and has all of the essentials for shopping and offers a medical center. Commercial air is available in Jackson and Rock Springs, 100 miles distant, and Big Piney has a private airstrip. The nearest large city is Salt Lake City, 180 miles distant, a bit less than three hours’ drive. While Lucien Fontenelle may not have made his fortune here, he opened the door to others who discovered the beauty and value of this unspoiled section of the West. Harrower Ranch, we believe, contains what are rare treasures today: an undiscovered trout stream, verdant meadows of rich grass, healthy herds of big game, and a place where cattle ranching can still be done from the back of a horse. 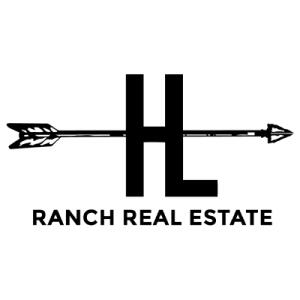