McWilliams Farm & Ranch is one of the most productive and well-maintained dryland farms with ample grazing in the heart of Garfield County. The property consists of a versatile 2,954+/- total acres ideally located about an hour north of Miles City, Montana. The property is a mix of tillable farm ground and well-watered good native rangeland. Land Seven tracts make up the property. 1,533+/- acres are currently in production, and the remainder serves as home base for 800 head of sheep. The farming in production has historically been seeded to cereal grains, primarily wheat, and most recently, barley. Pulse crops and other varieties have also been grown in the past. The owners worked tirelessly to cultivate the farm ground, maintaining soil nutrients and maximizing output potential of the operation. A modular home sits on the property with 3 bedrooms and 2 baths. Little Dry Creek flows through the property year-round. The Redhorse Creek runs seasonally. Hay Creek also cuts through the property. Recreation Located in game management district 701, the area is known for abundant Mule deer, Pronghorn antelope, and the occasional White Tail deer with some of the nation’s best elk hunting within 60 miles of the ranch. For the predator hunter, the ranch has plenty of coyotes and a variety of small game animals. There are 1,600 miles of shoreline around Fort Peck Lake, which is about 60 miles away. The lake is known for its boating and fishing with trophy walleye, northern pike, bass and catfish. An easy commute from the ranch gets you to one million acres of public land access. Agriculture 1774+/- acres of fallow and 1177+/- grazing. Good productive soil and gentle terrain. The highly productive and well -maintained tillable dryland farm ground could be planted to a variety of different crops. There is potential for more of the property to be farmed. Grass-filled dikes are watered on good years by creek overflow and have the potential to be captured. There are several good reservoirs that hold water on the good years, and others that could be strategically developed for wildlife. The lush native grasses can provide grazing for sheep, goats, horses, or cattle. There are grain bins to rent out to local farmers or use for your own seed storage. Water/Mineral Rights & Natural Resources Little Dry Creek provides the south two sections with water for any livestock in addition to three seasonal drainages, an open spring in the corral lot, two self-watering tanks and a hydrant in the corrals, and a 60 foot deep well that produces 15-18 GPM. Another potential income endeavor could be mining of gravel located on the property. There are several mining opportunities throughout the farm. Region & Climate The climate is semi-arid with warm summers and cold winters. Average rainfall is around 10 to 12 inches. In Garfield County, Montana, cattle outnumber people by a long shot.  History The north parcels of the farm have historically been utilized to grow cereal grains, primarily wheat. The south two parcels have been grazed and partially seeded over the years, into a variety of crops and grains. Garfield County is known for its famous dinosaur bone discoveries and their notable T-Rex specimens. The Missouri Breaks are a highlight of the area with deep canyons, the Missouri River, Fort Peck Reservoir, the CM Russell National Wildlife Refuge, and the UL Bend National Wildlife Refuge. This region of Montana was the end of the trail for historic cattle drives from Texas north to the seas of grass in Montana territory as recounted in numerous history books about the region. Location The farm ground is situated about 5 miles Northeast of Cohagen, MT, and 25 miles Southeast of Jordan, MT. Jordan has a grocery store, gas stations, schools, churches, a farm store, repair shops, museums and restaurants. Garfield County, Montana has one of the country’s lowest population densities. The farm is within about an hour of historic Miles City, Montana’s eastern business hub, and three hours from Billings, Montana, Montana’s largest city. 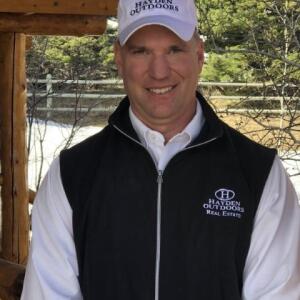