Palmer Lake Retreat. Once in a lifetime opportunity to own land on one of Washington States most pristine lakes. Owning this property is like owning your own remote private island with just under a mile of low bank water frontage . Palmer Lake is over 2000 acres and is open year round for fishing. The lake is home to Kokanee, Yellow perch, Rainbow Trout, Large and Small mouth Bass just to name a few. This would be a great getaway property. Land 157.87 Acres located on Palmer Lake locally known as Greens Cove. Lush green grass meadow touching the lakes edge low bank. To the West the property gains altitude drastically with numerous benches as you ascend to the top to create a private virtually non accessible private retreat the only access is by boat or plane.  Recreation Palmer Lake is 2,063 acres located 4.5 miles north of Loomis. Close to the town of Loomis, this large lake in north Okanogan County is big on opportunity for anglers year-round.  In the spring the kokanee attract anglers here for their size and numbers.  Some years Palmer produces kokanee over 18 inches.  Anglers troll gear like Kokabow spinners and blades or small hoochies, tipped with a kernel of white shoe peg corn.  Also in the spring the lake is known to produce big largemouth bass and some of the biggest smallmouth bass found anywhere in the state.  It also supports a very good population of yellow perch and whitefish.  There are also rainbow trout, black crappie, and bluegill Palmer.  The previous state record burbot was caught through the ice on Palmer, too.  Shore length: 9.9 mi Max. depth: 79 feet (24 m). Also Mule Deer hunting on the property and the surrounding state land.  Boating Swimming Waterskiing Paddle boarding Beach combing Gold Panning Ice Fishing Ice Skating ATV Riding Snowmobiling Agriculture Great Cattle Grazing meadow with lush green grass that seems to last thru the summer due to the moisture from the lake. Good soils to have a garden or plant some fruit trees. General Operations Cattle Grazing Region & Climate Oroville, Washington gets 15 inches of rain, on average, per year. The US average is 38 inches of rain per year. Oroville averages 57 inches of snow per year. The US average is 28 inches of snow per year. On average, there are 189 sunny days per year in Oroville. The US average is 205 sunny days. Oroville gets some kind of precipitation, on average, 94 days per year. Precipitation is rain, snow, sleet, or hail that falls to the ground. In order for precipitation to be counted you have to get at least .01 inches on the ground to measure. Weather Highlights Summer High: the July high is around 88 degrees Winter Low: the January low is 21 Rain: averages 15 inches of rain a year Snow: averages 57 inches of snow a year July is the hottest month for Oroville with an average high temperature of 87.5°, which ranks it as warmer than most places in Washington. In Oroville, there are 3 comfortable months with high temperatures in the range of 70-85°. The most pleasant months of the year for Oroville are September, June and May. There are 29.8 days annually when the high temperature is over 90°, which is hotter than most places in Washington. History Known as Haipwil to the Indigenous people, Palmer Lake is named for James Palmer, who had a cattle ranch at the north end of the lake around 1875. Palmer Lake lay near the town of Loomis, Washington. Loomis, founded in the 1870s, was an area populated early on by cattlemen. One outfit, Phelps and Wadleigh, herded cattle over from the west side near Seattle, through the Snoqualmie Pass and into the Sinlahekin Valley and Loomis. However, when law opened the North Half of the Colville Indian Reservation in 1886, Loomis experienced a gold rush lasting until the silver slump of 1893. Okanoganites enjoyed Palmer Lake for its fishing and scenic beauty, traveling there for vacation getaways in the summer heat. The lake is within a deep valley that was at least in part modified by continental glaciation. The valley was carved at least in part by glacial ice that extended well south of the lake. As the glacial ice retreated during the late stages of the last glacial period the lower end of the present Smilkameen was blocked by the Okanogan ice lobe and water flow was diverted southward though the deep valley to other outlet locations – such as the valley east of Loomis. 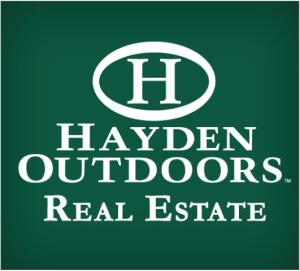