When asked about her real estate profession and her role at Hill Country Real Estate, she said "It means that I have the opportunity to do everything from mowing the grass, mopping floors, cleaning bathrooms to meeting some of the most fascinating people that start off as clients and end up as good friends...just can't think of anything better to do." 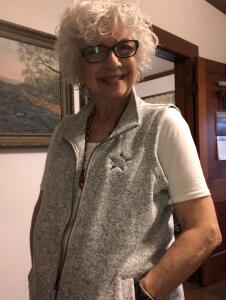